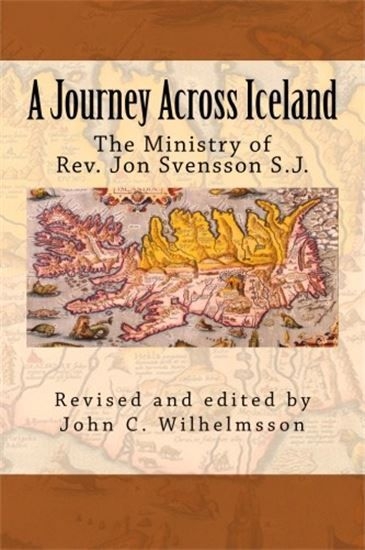 Jon Sveinsson (or "Nonni") is the only Jesuit priest ever born in Iceland. He left his homeland as a boy, with his beloved brother Armann (or “Manni”), to follow their mutual call to become Jesuit missionaries. Although Manni has since passed on during his studies, Nonni is now the Reverend Jon Sveinsson. The boys had wished to become Jesuit missionaries, like St. Francis Xavier, yet Jon Sveinsson has spent most of his time in the order so far as either a student or instructor in academia. Still longing to fulfill his dream of becoming a missionary he has volunteered to travel to Iceland to care for the souls of his fellow countrymen. And now, after some amount of time, that call is about to be received. Such is the premise of this classic Icelandic travelogue written by the man who would later become one of the most beloved children's authors of all time (with pictures and in large print).

"In my opinion this publication is a sensation. It is the first time that Jón Svensson's ride across Iceland on horseback way back in 1894 (!!) has been turned into a book in English. Svensson had written his travel report in Danish and published it in 1895 in "Museum 4" under the title "Reiseerindringer fra Island fra Sommeren 1894". One year later it was published in English in the Catholic magazine "The Messenger of the Sacred Heart" in New York, the title being "A Journey Across Iceland". So far I have not found out who was the translator. Finally, the travelogue was published in Danish as the book "Et Ridt Gennem Island. Oplevelser" and appeared by V. Pios Boghandel in Kopenhagen in 1908. Later Svensson's interesting travel report was translated into German by Johannes Mayrhofer and published by Görlich/Breslau in the year 1911. The title read "Ein Ritt durch Island: Zwischen Eis und Feuer". After Herder became Svensson's publisher the title was again changed. The book has since borne the title "Zwischen Eis und Feuer. Ein Ritt durch Island" and has not lost its attraction, in fact, it is one of my favourite Nonni books still available in online book stores."