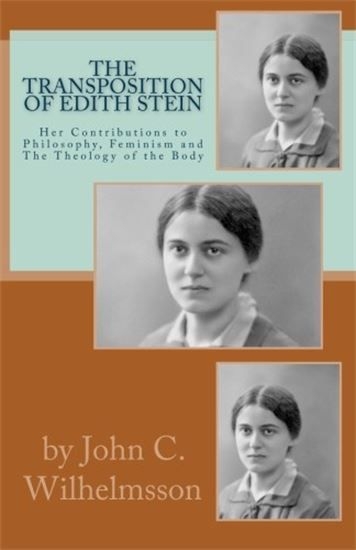 Her Contributions to Philosophy, Feminism

& The Theology of the Body.

Before she was a saint she was a fine philosopher. Yet because she was a woman her contributions were ignored. This book asks the question: "Did Edith Stein make any important contributions to philosophy and, if so, what are the implications of them for us today?" It begins with a biography of Stein up until the acceptance of her doctoral dissertation "On the Problem of Empathy" in 1916. It then examines the phenomenology of Stein and, in exciting new research, demonstrates her contributions to 20th century philosophy as a whole. Finally, it looks at the feminist thought of Stein and its connection to "The Theology of the Body" of Pope John Paul II. Based upon an award winning thesis, here is a book that finally goes beyond looking at Stein's thought as a curiosity and instead makes a strong argument for her contributions to philosophy, feminism, and "The Theology of the Body." 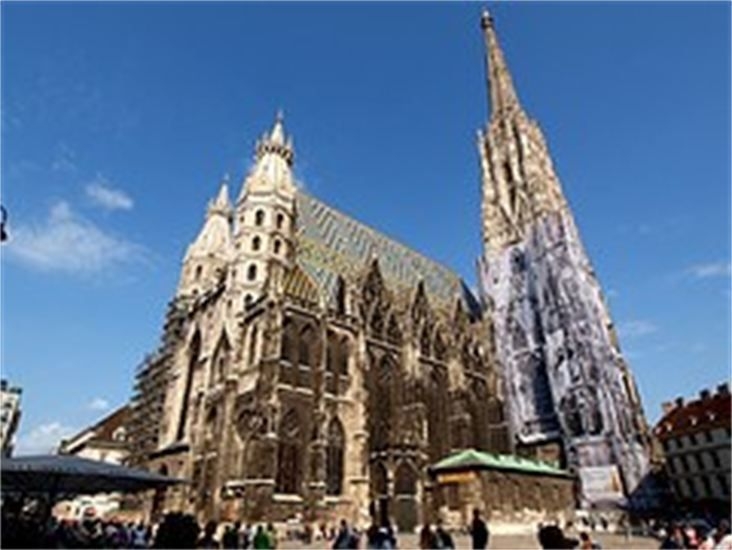 From a special correspondent

St. Stephan Cathedral in Vienna, Austria is hosting an interactive art display and a San Jose State University lecturer has a part in it. Chromotopia St. Stephan: Via Activa im Dialog des Lichts by Light artist Victoria Coeln is an interactive display of light and literature currently going on in Vienna's main cathedral.

The "light" is a combination of colored spotlights along with specially colored transparent sheets of film hung inside of the cathedral's windows. Many of the cathedral's original stained glass windows were destroyed in a 1945 fire and replaced with regular glass. Thus Coeln's lighting effects seek to both restore and enhance those of the original stained glass windows. The "literature" is composed of seven stations spread throughout the interior of the cathedral featuring seven different female authors. In order to make the stations interactive Coeln places books by and about each author around their respective stations.

Professor John C. Wilhelmsson of the San Jose State University Philosophy Department was recently visiting a friend in Vienna and decided to attend the noon mass. On his way out of the cathedral he happened upon a sign placed on an easel with "Edith Stein" written on it. Curious, he took a closer look and was surprised to find his recently published book

The Transposition of Edith Stein: Her Contribution to Philosophy, Feminism, and The Theology of the Body laying beside some of Edith Stein's own works at the station.

"As I looked down I was both surprised and overjoyed to see,

sitting between two of Edith Stein's most important works,

my book! It is an honor for my work to be included in

works amazed me! I was aware that several copies have

around the world, from San Jose to Vienna, and then see my 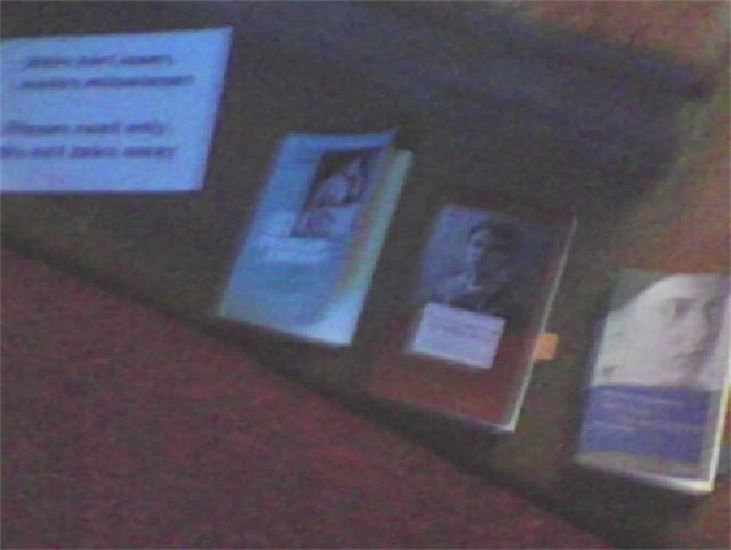 book (center) in the

From a special correspondent

Thanks to the generosity of Lay Carmelite Mr. Charles Bush O.C.D.S. The Transposition of Edith Stein: Her Contributions to Philosophy, Feminism, and The Theology of the Body is being placed in libraries connected with the Carmelite Order around the world. Collegio Sant' Anselmo is actually the International Benedictine University in Rome, Italy. However, Charles Bush O.C.D.S. has a special connection to it as, in the name of his brother Carl Thomas Bush, he sponsors a faculty endowment there in honor of Saint Teresia Benedicta a Cruce, O.C.D. (Edith Stein).

Charles Bush O.C.D.S. became aware of Professor Wilhelmsson's book "The Transposition of Edith Stein" through a full page welcome of Pope Francis Chaos to Order Publishing placed in a special issue of "Inside the Vatican" magazine. Since then he has become a great supporter of the book and recently purchased several inscribed copies that will be placed in libraries connected to the Carmelite Order around the world.

As "The Transposition of Edith Stein" deals primarily with the Carmelite Saint's life before her conversion to the Catholic Faith in 1922, Professor Wilhelmsson sees great significance in it becoming more and more embraced by Religious Orders like the Benedictines and the Carmelites.

"One of my great wishes is that the book might become

a standard work for anyone wishing to understand the

life and work of Edith Stein. Thus the fact that her own

religious community of the Carmelites has shown such

interest in the book is very gratifying. Yet the book in

fact could not have been written without the great help

of The Institute of Carmelite Studies in Washington DC."

Professor Wilhelmsson went on to explain why he thinks his book is important for anyone wishing to do Edith Stein Studies.

"A central theme of the book is that one cannot fully

thought and theology without first understanding her early

work on empathy. As the book was originally a master's

thesis focused only on her early work on empathy I think

it respects her philosophy and shows its connection to

her later works better than anything else in the field."

With the book's recent exhibition at St. Stephan Cathedral in Vienna, Austria, its presence now in Rome, Italy, and strong sales in the United Kingdom "The Transposition of Edith Stein" seems to be finding quick acceptance in European intellectual circles.